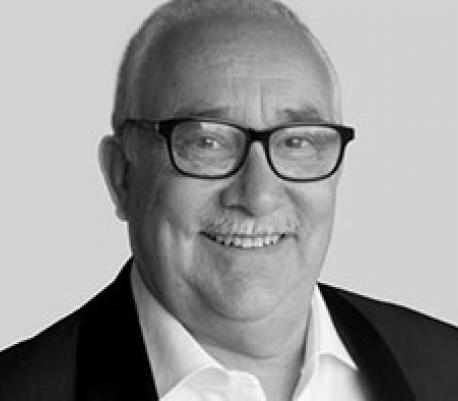 He graduated from the Teatro Colón Institute of Advanced Studies in Art as a set and costume designer. With Roberto Oswald he formed a creative couple that shone for decades. Lápiz designed the costumes for more than one hundred operas staged by Oswald who died in 2013, including five productions of Wagner's Tetralogy, Nabucco, Hansel and Gretel, Otello, Dido and Aeneas, Norma, Parsifal, Elektra and Aida, among many others. In 1979 he shared with Oswald the Silver Laurel for the production of Turandot in Chile. He was also distinguished by I due Foscari by the Verdiarna Association as best costume, an award he obtained for several other works. In 1989, his costumes for Salome were chosen in the United States as the best design for opera of the year. In Argentina he received the Critics' Award for the costumes of several productions in many ocasions, and the ACE Award for the best costume for Turandot. He designed the costumes for such titles as The Corsair (which was presented at the New York Met in 2013), Falstaff, Requiem and Don Carlos. He designed costumes for productions in the US, Santiago de Chile and Montevideo. He participated in the Dublin Festival for eight years in a row, staged operas in Montreal, Santiago de Chile and São Paulo and directed Plácido Domingo in Puerto Rico in the celebrations for the 30th anniversary of his debut with Galina Gorchakova, June Anderson and Carol Vaness. In 2017, he staged Tosca and Adriana Lecouvreur at the Colón, in addition to creating the costumes for Sleeping Beauty. This year he has dazzled with The Corsair.