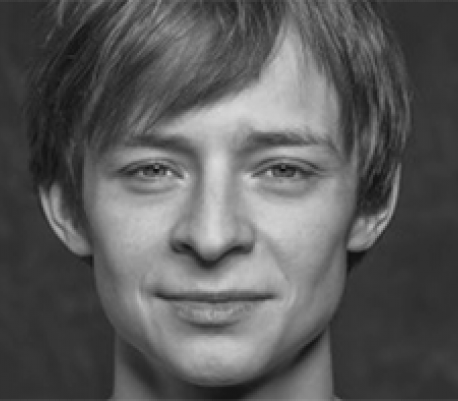 He was born into a family of dancers in Russia but moved Germany at the age of three. From a very young age he gained experience on stage dancing with his father, Dmitrij Simkin, in productions of the Wiesbaden State Theatre. He won the gold medal at the Jackson International Ballet Competition (Senior category, 2006), the Grand Prix at the Helsinki International Competition (2005), the gold medal (Junior category) at the Varna Competition, among many other awards.
In 2006 he joined the Vienna State Opera Ballet and in 2008 the ABT as a soloist, being promoted to principal dancer in 2012. Since then he has performed the great characters of the classical and neoclassical repertoire, as well as contemporary pieces. He created contemporary dance productions such a sIntensio, and others of a multidisciplinary nature such as With works & Process, The performing arts series at the Guggenheim Museum in New York. He has created roles with choreographers such as Alexei Ratmansky, Benjamin Millepied, Alexander Ekman, Annabelle López-Ochoa and, in addition to performing in works by Merce Cunningham, Twyla Tharp, Paul Taylor and Jiri Kylian.