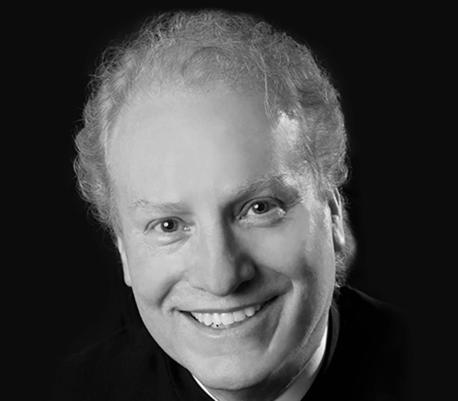 General Artistic and Production Director of the Teatro Colón since 2017, he has been music director of the Buenos Aires Philharmonic Orchestra for 14 years and artistic director of the Flint Symphony Orchestra for 31 years, in Michigan (US). A noted interpreter of Mahler's works, in 2019 he was named Honorary President of the Mahler Mexico Society and received a medal from the same Society for his performances of the composer's complete symphonies in Mexico, Colombia and Argentina. He was Artistic Director of the Opera de Bellas Artes in Mexico in the 1980s and 1990s, where he conducted more than thirty lyric productions.
In 2007 he conducted Werther at Teatro Colón and Le jongleur de Notre Dame by Massenet with Roberto Alagna at Montpellier National Opera. With that same house and its National Philharmonic he conducted the operas The Exiles of Siberia by Donizetti and Parisina by Mascagni. He conducted Leoncavallo's Pagliacci and Orff's Carmina Burana at the Opéra du Pacifique as well as the Orchestre National de France, Cecilia Bartoli, Jean-Yves Thibaudet, Maria Joao Pires and Pierre Amoyal for Les Victoires de la Musique Classique et Jazz. During 2007 and 2008 he concerted several productions for the Teatro de la Zarzuela in Madrid. He was given the Grand Prix from the French Académie du Disque Lyrique on several occasions, including the Bruno Walter Orphée D’Or for "Best Opera Director" and the Jean Fontaine Orphée D’Or for "Best vocal recording".
He has been nominated for the Latin Grammy for Carlos Chávez's concerts and has made recordings with the world's leading record companies, including Sony, Deutsche Grammophone, Lyric, Dorian and EMI. He was recently awarded the Konex 2019 Merit Diploma as one of the five best Orchestra Conductors of the last decade in Argentina; he was named Illustrious Personality of Culture by the Buenos Aires City Legislature; he received the Medal of Artistic Merit from the Mexico City Legislative Assembly in 2016 and was named "Distinguished Mexican" by the Mexican Foreign Ministry in 2018.