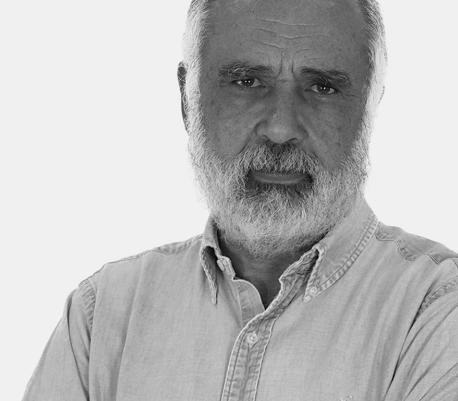 He studied drama in the career of dramatic literature and theater at the National Autonomous University of Mexico. He has been an actor, stage director, teacher and theater producer participating in more than 60 productions in the most important theaters in Mexico. As a stage director he has staged plays by authors such as Shakespeare (Richard II, The Winter's Tale), Fernando Pessoa (The Sailor), David Mamet (Oleanna, Glengary Glenn Rose, The Anarchist), Henrik Ibsen (Hedda Gäbler), Lope de Vega (The gardener's dog), John Ford (Pity she's a Whore), Christopher Marlowe (Dr. Faust) and G. E Lessing (Nathan the Wise), among many other authors. In opera he directed Rusalka for the Mexico Festival at the Palacio de las Bellas Artes, Rigoletto, Tosca and Lucia di Lammermoor for the Bicentennial Theater and the Palacio de Bellas Artes.
He has been a theater teacher in the main schools of Mexico and a cultural officer: he was responsible for the National Theater Coordination of the National Institute of Fine Arts and Director of the Theater Department of the National Autonomous University of Mexico. He has won critics' awards as an actor (Oleanna), as a stage director (Los ladrones del tiempo, La mujer justa, Glenngary Glenn Rose) and as a producer (El caballero de Olmedo). He is currently the Artistic Director of the National Theater Company of Mexico and has just received the "Las Lunas" award, given by the National Auditorium, for the opera Lucia di Lammermoor.