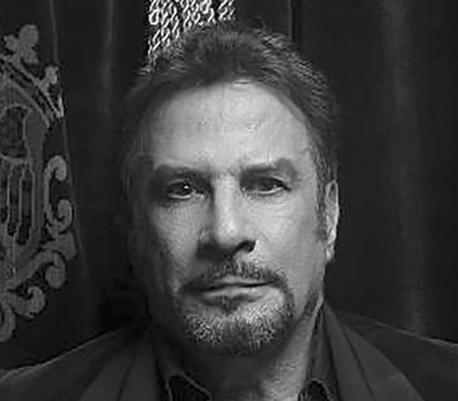 An artist with an outstanding international career as a director, set designer, painter and playwright. He has staged and designed sets and costumes in more than 40 theatre productions in Argentina and abroad, as well as in more than 30 films in collaboration with directors such as Pier Paolo Pasolini, Roland Joffe and John Mactiernan. He has held more than 40 exhibitions of his paintings in Europe and the Americas.
Based in Hollywood since the 80s, he has designed films such as Flatliners, Last Action Hero and Restoration (Oscar for Best Art Direction, 1995). In 2000 he was again nominated for this award for his work in Beyond Dreams, for which he received the award for Best Art Direction from his peers in the Art Directors Association USA. The Haunting, Promised Land, Zapata and You'll find dragons were other productions that had his label. In 2010, the Association of Film Chroniclers distinguished him with the special Silver Condor for his work expanding Argentine art abroad. He has also received the Trinidad Guevara, María Guerrero, Homenaje (Mar del Plata International Film Festival) and Ace awards. This last one includes the award for the Best Opera Performance in 2014 for Verdi's Don Carlo at the Teatro Colón, where he has also directed Fidelio (2016) and The Servant (2011). His last work as a director and screenwriter was Amapola (2014), which won the award for Best Director at the Bogotá Film Festival. He is an illustrious citizen of Los Angeles and his native Cordoba; outstanding personality of the culture in Buenos Aires; and winner of the Domingo Faustino Sarmiento award from the National Senate, Don J. L. de Cabrera and Florencio Sánchez. He has been distinguished with the Doctorate Honoris Causa at the universities ESSERP (Madrid), Universidad de Palermo and Universidad de las Artes (Argentina).