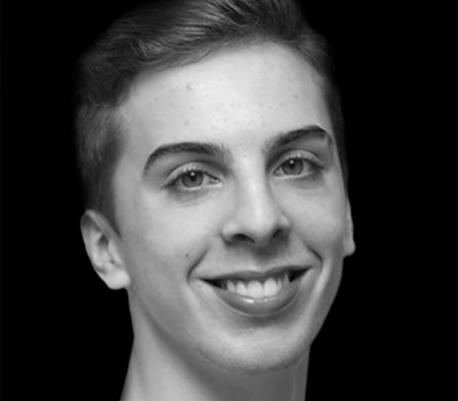 He was born in Mar del Plata, where he began his studies at the Municipal School of Dances "Norma Fontenla" and then entered the ISATC in 2013. In 2014 he began to participate in the Teatro Colón Ballet season, and in 2016 he became a permanent member of the Permanent Ballet. That same year he represented Argentina in the international competitions "Prix de Lausanne" in Switzerland and "IBC Varna" in Bulgaria. Since then he stands out in various roles as a soloist and principal dancer. Some of his last works were in The Nutcracker by choreographer Rudolf Nureyev in 2018, La Sylphide by Pierre Lacotte and Cinderella by Ben Stevenson in 2019.