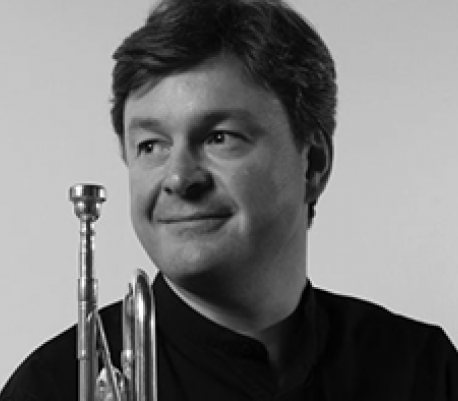 He was born in Lobería (province of Buenos Aires) and began his trumpet studies in Mar del Plata at the age of twelve. In Buenos Aires he studied with Wilfredo Cardoso and Roberto "Fats" Fernández. He obtained the diploma of National Professor of Music specialized in trumpet at the “Carlos López Buchardo” National Conservatory. The French government granted him a scholarship for further studies at the National School of Music in Montreuil with Eric Aubier. For his labor he was appointed assistant professor, obtained the First Prize and Excellence de Trompette and the First Prize for the Interpretation of Contemporary Music. He graduated from the National Conservatory of Rueil-Malmaison and was a soloist with the International Orchestra of Paris. He took lessons with Maurice André, Philip Smith, Wynton Marsalis, Arturo Sandoval, Pierre Thibaud, Guy Touvron, J. J. Goudon and Laszlo Borsody. He won the Diploma of Honor at the Argentine Chamber Music Competition and the piccolo trumpet soloist competition at the National Symphony Orchestra. On two occasions he participated in the Martha Argerich Festival with the brilliant pianist and the Camerata Bariloche. He participated in the Latin American tour of the Israel Philharmonic, conducted by Zubin Mehta. As a teacher he worked in Brazil, Venezuela and Mexico. In Córdoba (Argentina) he founded the International Festival Isla Verde Bronces and the International Brass Week. Awarded Best Wind Instrumentalist by the Konex Foundation, he is a soloist of the Buenos Aires Philharmonic Orchestra and professor at the “Ástor Piazzolla” Conservatory.