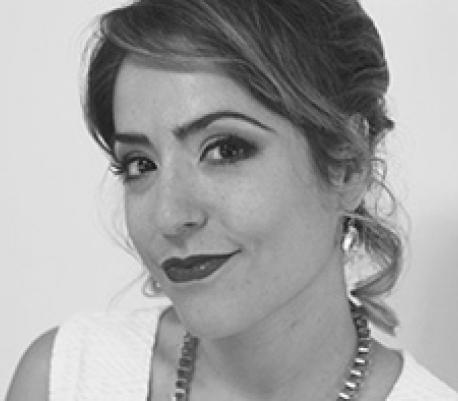 She graduated with honors from the School of Music of the National University of Rosario and from the Teatro Colon Institute of Advanced Studies in Arts. She perfected herself with Isabel Penagos, Teresa Berganza, Enza Ferrari, Claudia Pinza, Maurizio Arena and Diana Soviero. She participated in the Accademia Rossiniana 2011 in Pesaro, Italy. She won the First Prize in the 2012 International Singing Competition of the Teatro Colón, with a jury formed by Sumi Jo, Kiri Te Kanawa and Sherril Milnes. She received the Special Prize for the New Generation at the 2012 Oscar Della Lirica, organized by the Puccini Foundation and Verona per L'Arena, in Torre del Lago, Italy. In 2014 she was distinguished by the Buenos Aires government as an Outstanding Personality of Culture. She has sung leading roles in the Teatro Colón, Teatro Argentino de La Plata, Teatro Municipal de Santiago, Teatro Solís, Auditorio SODRE in Montevideo and Festival St. Margarethen, in Austria. Among the characters she played are Cherubino (The Marriage of Figaro), Dorabella (Così fan tutte), Isabella (The Italian girl in Alger), Jane Seymour (Ana Bolena), Idamante (Idomeneo), Meg (Falstaff) and Carmen. She took part as a soloist in choral-symphony concerts, including Beethoven's Ninth Symphony at the SODRE, Mozart's Great Mass in C at the Usina del Arte in Buenos Aires and at the Teatro del Libertador San Martín (Córdoba), and Mahler's Resurrection with the National Symphony Orchestra at the CCK. Soon, she will sing Charlotte in the opera Werther at the Teatro Solís in Montevideo.