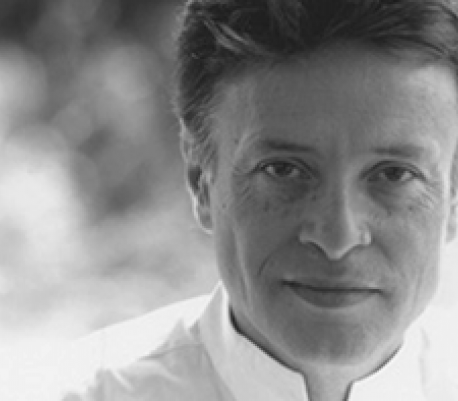 He was born in Montevideo where he studied with Santiago Baranda Reyes. With a scholarship from the German Academic Exchange Service, he continued his studies in Munich in 1967 with Hugo Steurer and Ludwig Hoffmann. For decades he has been living in Europe where he developed a brilliant career. He has given concerts in major European cities, the United States, Canada, Japan, Australia and Latin America. He has performed with the most important orchestras: Berlin Philharmonic, Munich Philharmonic, Dresden Saxon State, all the radio symphonies in Germany, Vienna Philharmonic, French National, Concertgebouw Amsterdam, London Symphony, Royal Liverpool Philharmonic, Warsaw Philharmonic, Zurich Tonhalle, New York Philharmonic and Cleveland Symphony. He has performed under the baton of maestros such as Bernstein, Masur, Davis, Bertini, Blomstedt, Chailly, Inbal, Järvi, Mácal, Frühbeck de Burgos, Janowski, Gielen, Rowicki, Richter, Wakasugi, Marriner, Mackerras and Dutoit. He recorded works by Bach, Mozart, Bartók, Henze, Mendelssohn, Ravel, Schumann, Stravinski and Tchaikovsky (Deutsche Grammophon); Mozart, Chopin, Ravel, Scarlatti and Reinecke (Tudor); and all of Mozart's sonatas and piano concertos (Kontrapunkt). In 1978 he won the Deutsche Schallplattenpreis, the German equivalent of the Grammy Award. He taught soloists for 33 years at the Zurich University of the Arts. Since 2006 he has been the artistic director of the Summer Music Festival in Viersen, Germany.