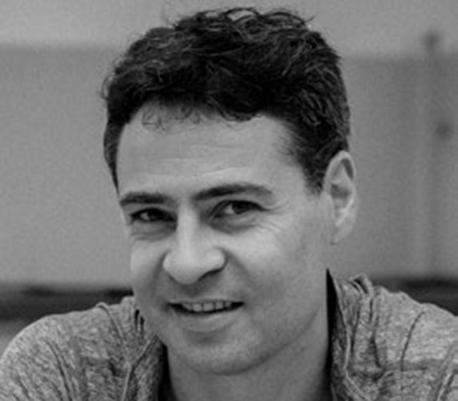 He started taking classes at an early age in his hometown, La Plata, and then entered the Teatro Colón's Instituto Superior de Arte. With the best grades, he won a one-year scholarship to American Ballet School in New York. He began his professional career in 1991 as Principal Dancer at the Teatro Argentino in La Plata and entered the Teatro Colón Permanent Ballet in 1993 by international contest for the role of Principal Dancer. In 1995, he joined the Royal Ballet of London invited by Anthony Dowel and he danced as the company's Principal Dancer for a decade in all seasons of the Royal Opera House. In 2005 he joined the Dutch National Ballet (Holland) as Guest Principal Dancer. He has danced on the most prestigious stages and festivals: Het Muziektheater Opera House, Metropolitan Opera in New York, Bolshoi Theatre in Moscow, Mariinski Theatre (ex Kirov) in Lenningrad, alla Scalla in Milan, N. K Hall in Japan, The Ashton Celebration (United States), Diaghilev Festival (Russia), Premio Príncipe de Asturias Gala (Spain), Tribute to Rudolf Nureyev at alla Scalla in Milan, Edinburgh International Ballet Festival, among many others. Some of his most recognized choreographic creations are the versions of Sylvia, The nutcracker, La Traviata, Swan Lake and Chopin's Tales. He was artistic director of the National Dance Company for Inclusion (2013-2018) made up of performers from different regions.