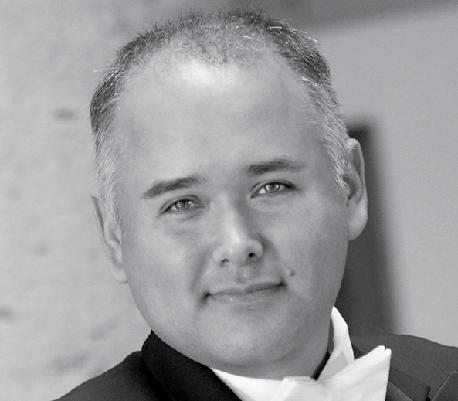 Born in Xalapa, Mexico, he graduated with honors from the University of Guanajuato. In 2004, he won the Carlo Morelli National Competition and made his debut as Tonio in La fille du régiment by Donizetti, at the Palacio de Bellas Artes in Mexico. In 2005 he received the Juan Oncinas Award in Barcelona and in 2006 he joined the International Opera Studio in Zurich, under the guidance of Francisco Araiza.
After his debut in 2007 in Zurich, he stood out in a repertoire of great virtuosity with works by Bellini, Bizet, Donizetti, Haydn, Mozart, Rossini and Verdi. Together with world-renowned singers, he performed leading roles directed by famous masters such as Claudio Abbado, Zubin Mehta and Fabio Luisi. He performed in some of the most important theaters and concert halls in Europe: Vienna, Paris and Bavarian Operas, Semperoper in Dresden, Wigmore Hall in London, Salzburg Festival; and in the United States, at the San Francisco and Metropolitan Opera in New York. In 2014 he became the sensation of the opera world by being the third singer to offer an encore at the Metropolitan in the last 70 years, a feat he repeated months later at the Teatro Real in Madrid. In both halls he was the first tenor to give an encore in two consecutive performances. In 2014 he presented his first album "Recitales", which includes Italian and Mexican songs, and in 2015 "Serenata" was released, with Mexican songs and the participation of pianist Armando Manzanero as a special guest; both albums were recorded live. On DVD / Blue-ray he participated in the productions of the Zurich Opera: Così fan tutte by Mozart (2009), Falstaff by Verdi (2011), Otello and Le Comte Ory by Rossini (2014), sharing the cast with Cecilia Bartoli, followed by El rapto en el serrallo by Mozart (2014) recorded at Hangar 7 in Salzburg; a second version of Falstaff (2014), under the baton of Zubin Mehta; as well as Mozart's Missa solemnis in C minor and Schubert's Mass No. 6 conducted by Claudio Abbado at the Salzburg Festival.