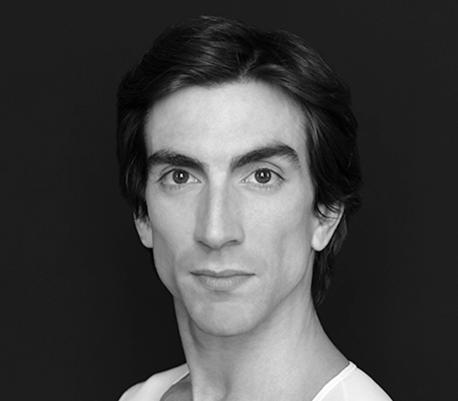 He started studying with Wasil Tupin and Lucia Wurst. At age fifteen he entered Teatro Colón’s Instituto Superior de Arte, then Julio Bocca’s Ballet Argentino and, at age 21, Teatro San Martín’s Ballet Contemporáneo. In 2004 he joined Teatro Colón Permanent Ballet. As principal dancer, he danced in ballets such as The Nutcracker, Manon, Onieguin, La Sylphide and Don Quixote. In 2009 he was chosen by Christopher Wheeldon as principal dancer in a tour through New York, London and Amsterdam. In 2010 he was invited by Bocca to the 75th Anniversary Gala of the Sodre Ballet and the South African Ballet. In 2015 he danced with Paloma Herrera in Argentina, bordering countries and at the New York Youth America Grand Prix 2015 festivals. He was nominated best dancer at the Benois de la Danse Awards (Moscow, 2014).