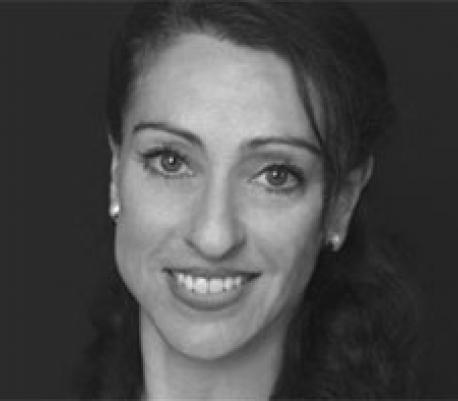 She began her studies at the age of 8 at the Argentine National School of Dance and independently with Gloria Kazda. At the age of 14 she entered the Teatro Colón Institute of Advanced Studies in Art and then the Permanent Ballet. In 1989 she won a gold medal at the first Latin American Ballet Competition in Buenos Aires and a scholarship at the Rosella Hightower Centre. On her return to Argentina, she was summoned by Julio Bocca to the Argentine Ballet. In 1992 she was promoted to first dancer in the Teatro Colón Permanent Ballet. She was partner of Igor Zelensky, Faruk Ruzimatov, Yuri Klevtsov, Carlos Acosta, and together with Maximiliano Guerra she performed Romeo and Juliet, Giselle and Don Quixote. Her repertoire includes La fille mal gardée, La Bayadera, The nutcracker, Coppelia, Paquita, Raymonda, Suite en Blanc, Apollon Musagète, and The corsair, among others.