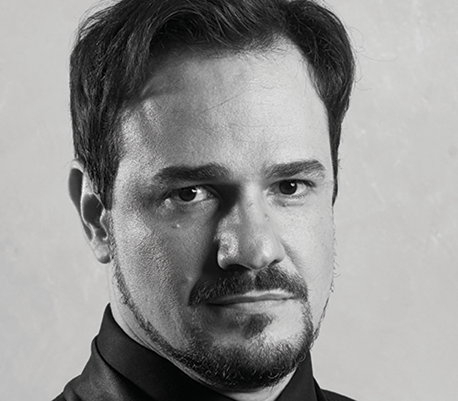 He was born in Brasilia. He is recognized for his theatrical development and vocal versatility. He has been invited by many theaters in Brazil and abroad. He received the XII "Carlos Gomes" Award as best Brazilian male singer. He recorded Clamores, with songs by composer Jorge Antunes. At the Capitole Theater in Toulouse, he recorded the opera Rienzi, released internationally on DVD by the OPUS ARTE label. He recorded a CD with the São Paulo State Symphony Orchestra, Symphony No. 10 "Amerindia" by Villa-Lobos, for NAXOS, which received numerous international awards. In 2022, he recorded a new album with works by Camargo Guarnieri to be released by NAXOS. In 2018, he starred in the musical The Phantom of the Opera in São Paulo.