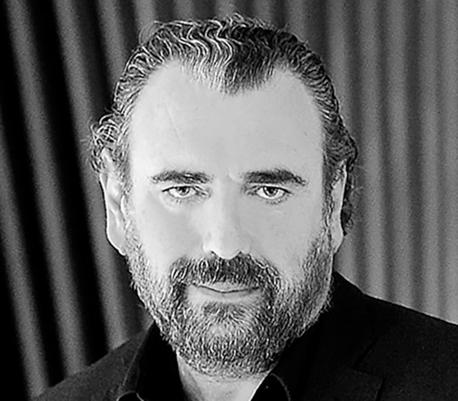 Born in La Plata, he studied with Pedro I. Calderón in Argentina and Mendi Rodán in Israel, where he graduated with distinction from the Rubin Academy of Music in Jerusalem. Since 2010 he is the Artistic Director of the Entre Ríos Symphony Orchestra and since 2016 he holds the same position in the National Orchestra "Juan de Dios Filiberto". He began his professional activity in 1985 as Chief Conductor of the Mendoza Philharmonic Orchestra. In 1988 he settled in Israel, where he continued his post-graduate studies and was invited to conduct the main orchestras of that country: Israel Philharmonic, Jerusalem Symphony and Beer Sheva Symphony, among others. In 2000 he was appointed Principal Conductor of the Orquesta Sinfónica de Concepción (Chile), a position he held for seven seasons.
He is regularly invited to participate in concerts and ballets at the Teatro Colón seasons and to conduct Argentina’s National Symphony Orchestra. As an opera and ballet director he has also participated in the seasons of the Municipal Theatre of Sao Paulo, the National Serbian Theatre, the Municipal Theatre of Santiago de Chile, the SODRE (Uruguay), the National Opera of Slovenia, the Teatro Argentino de La Plata and in productions with the Béjart Ballet Lausanne. He also conducted the National Symphony of Iceland, the State of Mexico Symphony, the National Symphony of Macedonia and the National Symphony of Colombia, among many others.
He is Professor of Orchestral Conducting at the National University of Arts (UNA).