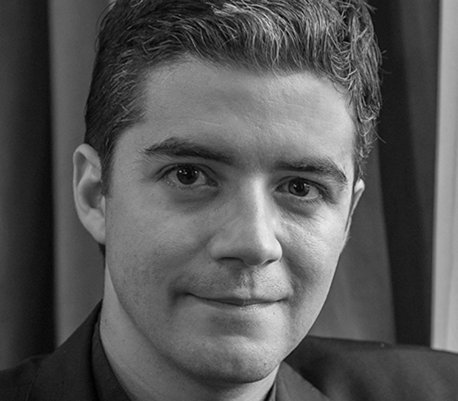 He is one of the most outstanding Argentine pianists, principal soloist of piano and celesta of the Orquesta Sinfónica Nacional, and member of the Trio Ginastera together with Xavier Inchausti and José Araujo. He was a student of Pía Sebastiani and Valdo Sciammarella, and of Galina Egyazarova at the Escuela Superior de Música "Reina Sofía". His performances include the interpretation of Bach's Concerto for four keyboards with Martha Argerich, Pía Sebastiani and Mauricio Vallina at the Teatro Colón, his collaborations with WEDO under the baton of Daniel Barenboim, his presentations at the Auditorio Nacional de Música in Spain, at the Prado Museum and the Konzerthaus in Berlin, and the world premiere of a work for two pianos by Sofía Gubaidulina, together with Luis Grané for Radio Nacional de España. He received the Honorable Mention at the II International Piano Competition "Martha Argerich", the 1st Prize at the Latin American Piano Competition (Florianópolis) and the "Konex" Merit Diploma as a revelation of the last decade, among other awards.