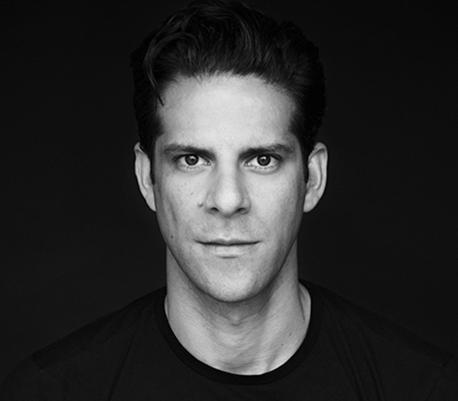 He was born in Manaos, Brazil, where he began his dance studies at the age of five. Upon winning the Revelation Award at the Joinville Dance Festival in 1993, he traveled to the United States to continue his training at the HARID Conservatory in Boca Raton, Florida, at the Boston Ballet and Houston Ballet schools and Cuballet, where he studied with Alicia Alonso. He won second place in the National Society of Arts and Letters Award in 1994 and the Hope Award in Lausanne in 1996, after which he spent a year at the Paris Opera Ballet School. He also received the prestigious Benois de la Danse award in Moscow.
He joined the American Ballet Theatre in 1997 as a member of the ballet corps, was promoted to soloist in 2000 and to principal dancer in 2002, a position he held until 2017. He performed in almost all of the classical ballets in the company's repertoire. He has performed at many international dance festivals and has been a guest artist with the Mariinsky Ballet, Bolshoi Ballet, Royal Ballet, Dutch National Ballet, National Ballet of Canada, Houston Ballet, Ballet Estable do Teatro Colón, Municipal do Rio de Janeiro, Universal Ballet, Georgia State Ballet, Hong Kong Ballet, São Paulo Companhia de Dança, Mikhailovsky Ballet, Sarasota Ballet, Tokyo Ballet, Matthew Bourne's New Adventures, Perm Ballet and Opera and New York City Ballet.
As a choreographer, he has created for American Ballet Theatre, Complexions Contemporary Ballet, The Kings of the Dance, ABT's Studio Company, Teatro Municipal de Rio de Janeiro, Sarasota Ballet and The Washington Ballet. He has joined The Sarasota Ballet and Semperoper Ballet Dresden as a principal guest artist. His documentary Anatomy of a Male Ballet Dancer is available on iTunes.