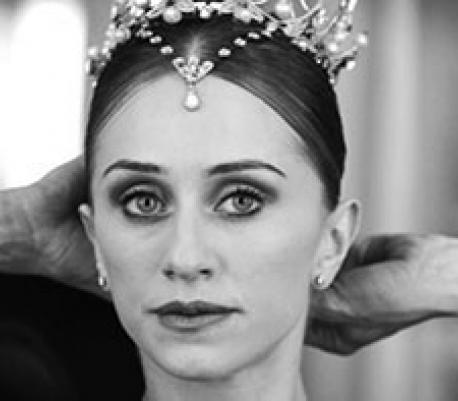 She was born in Buenos Aires, at the age of eight she was admitted to the Instituto Superior de Arte del Teatro Colón in Buenos Aires where she studied until she was invited to join the corps de ballet of the Company at the age of 14. She was selected to take part in a tour of Argentina as a soloist of the Ballet Clásico de la Habana and, in 1997, Maximiliano Guerra chose her as his partner to dance in Uruguay, Spain, Italy and Japan. She was then invited to tour with the Teatro Colón Permanent Ballet in Europe and the US as guest ballerina. In 1997 she joined the graduate course at The Royal Ballet School in London. She joined the prestigious English company at the start of the 1998/99 season and was promoted to principal in 2002. With the Royal Ballet she has danced the main roles of the classical and contemporary repertoire. She was distinguished as Best Female Dancer at the Critics’ Circle Theatre Award 2006. She won the María Ruanova Award granted by the Argentine Dance Council (2011), the Konex Award for Best Dancer of the decade (2010) and the Laurence Olivier Award (2013). She performed at La Scala in Milan, the Metropolitan Opera House in New York, the Vienna Opera, the Covent Garden in London, the Bolshoi and Mariinski Theatres in Russia, among many others. Since 2014 she has been holding benefit galas in her hometown, San Martín, Buenos Aires. She was invited as guest principal dancer in Teatro Colón’s Onieguin (2016) and The Sleeping Beauty (2017).