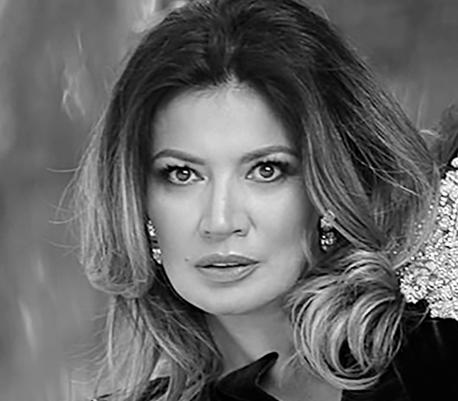 Of Serbian origin, she has a degree in Fine Arts from the University of Belgrade. Her operatic debut took place at the National Theatre in Belgrade. Since then, she has performed leading mezzo-soprano roles in Europe, Asia, North America, Australia and New Zealand.
Among other roles and opera houses, she sang Jane Seymour (Anna Boleyn) for the Metropolitan Opera; Eboli (Don Carlo), Amneris (Aida) and the principal of Carmen for the Australian Opera; and Dalila (Samson et Dalila) with the Tokyo Philharmonic Orchestra. Her debut at La Scala was Cuniza in Verdi's Oberto; which she repeated in Genoa. Other engagements include Iphigénie en Tauride at La Scala and Ópera de Roma conducted by Riccardo Muti.
She has been a frequent soloist with the Queensland and Adelaide Symphony Orchestras; and the Auckland Philharmonic in works by Verdi, Mozart, Falla, Mendelssohn and others.