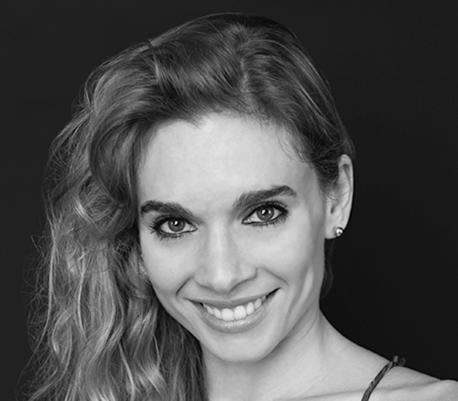 She studied with Lidia Segni and at Teatro Colón’s Instituto Superior de Arte. She was part of Julio Bocca’s Ballet Argentino, who chose her as his partner in Pulsations. She was principal dancer of the Ballet Estable del Teatro Argentino de La Plata until 2004. In 2012 she entered the Teatro Colón Permanent Ballet as principal. She danced in numerous national and international galas and as principal with different companies. She won gold medals in the Latin American and International III Competitions. She was nominated to the Clarín Revelation of Dance Awards 2008 and 2009 and Benois de la Danse (Moscow 2014) as Best Dancer. In 2016 she took her own Tango Ballet show with success to Greece, Austria and Egypt. She directs and teaches in her own ballet school in Quilmes.