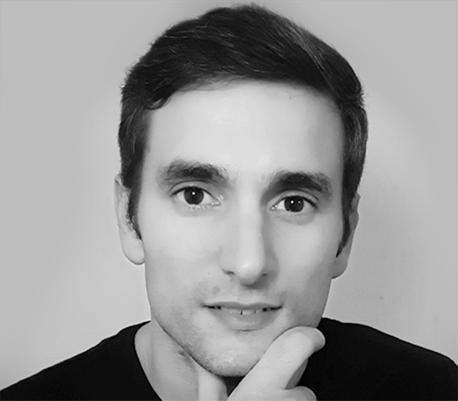 He studied at the Manuel de Falla Conservatory. He trained in vocal technique with Gustavo López Manzitti. He is a member of the Stable Choir of the Teatro Argentino de La Plata. In the Chamber Opera cycle of the Teatro Colón, he performed in Il Trionfo dell'onore, Powder her Face and El Principito; and in the opera season he was part of the cast of Ariadne auf Naxos. He participated in the production of Candide at the Teatro Argentino de La Plata.