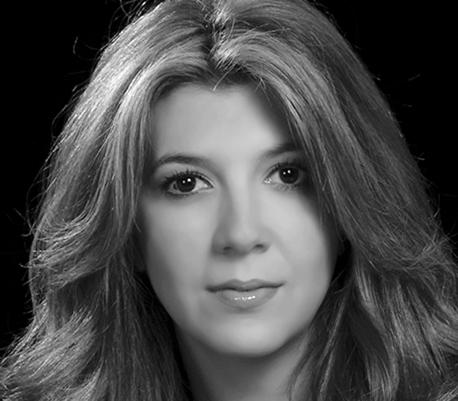 She began her career at the Teatro Argentino in La Plata, where she was declared an Illustrious Citizen. She made her debut at the Teatro Colón with Alfredo Kraus and performed at its reopening with Beethoven's Ninth Symphony.
She has sung in Europe and America titles such as La Traviata, Orfeo y Euridice, I Puritani, L'elisir d'amore, Don Pasquale, La Bohème, Rigoletto, El barbero de Sevilla, Romeo y Julieta, Falstaff, Carmen, Los cuentos de Hoffmann, El corsario, El turco en Italia, Turandot, among others.
In the US she performed with Gorecki's Third Symphony, being named Artist Resident of Cathedral of St. Joseph. In 2013 she celebrated her 20 year career with the Symphony of Public Television.