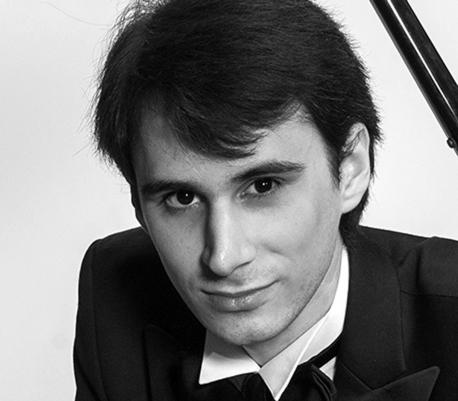 Since his debut at the age of 12 as a soloist in Mozart's Concerto K. 415, he has been recognized by the most important press in the country. Together with national and European orchestras, his performances with the National Symphony Orchestra at the Teatro Colón with Tchaikovsky's Concerto No. 1 and as soloist at the Auditorio Nacional de Buenos Aires, Teatro Real and Fundación March in Madrid, among others, stand out. Invited by Martha Argerich to her Festival in Switzerland, he received a scholarship on her recommendation to study with Nelson Goerner at the Haute École de Genève. Later, at the Escuela Superior Reina Sofía, he obtained the Superior Degree and Master's Degree in Interpretation. He was Gold Medalist at the 4th Manhattan International Competition, 2nd Prize Muse International and Gian Andrea Lodovici Prize. He received from the hands of the former Queen Sofia of Spain the awards for the most outstanding student in piano and the most outstanding group in Chamber Music.