Director of the Ballet Estable 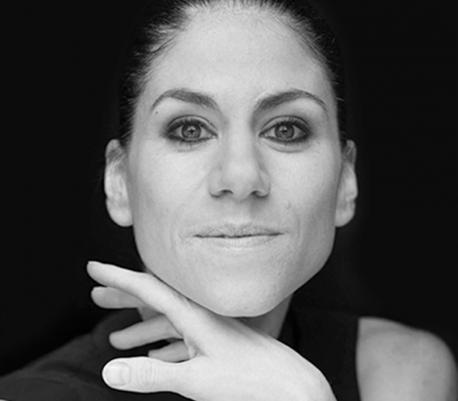 He was born in Buenos Aires. He began his studies of classical dance with Olga Ferri and graduated with the highest qualifications at the Higher Institute of Art of the Teatro Colón.

The following year, he continued his studies at the Schoolof American Ballet in New York. Chosen to dance the main role in RaymondaVariation de Balanchine, auditional at the American Ballet Theater, where she is hired at the age of 15, being the youngest artist to reach, at 19 years of age, the maximum rank of Principal Dancer the company, and the only one to receive that honor in the 75 years of ABT's history.

As the first ABT Ballerina -with Irina Kolpakova as coach for 15 years-, she performed on all of her tours throughout the US, Europe, Asia and America and, as a Guest Star, with important companies such as the New York City Ballet, Tokyo Ballet, Kirov Ballet, Bolshoi Ballet, Kremlin Palace Ballet, National Ballet of Cuba, Teatro Colón, New Amsterdam Ballet and Teatro AllaScalade Milan, among others, besides doing it in the most prestigious galas, like Des Etoiles, Ballet and Music of London, Gala of Stars of Japan, Gala of the Bolshoi, in Moscow, Grand Gala of Tribute to Maya Plisetskaia, Farewell of Alessandra Ferri in Japan, among many others. She has worked with the most renowned choreographers: TwylaTharp, James Kudelka, Nacho Duato, JiriKylian, AlexeiRatmansky, among others.

In Buenos Aires, he has performed in large productions of full ballets at the Teatro Colón: he played in La bayadera, The Sleeping Beauty of the Forest, Giselle, Don Quixote, Swan Lake, The Corsair and Romeo and Juliet.

Among the distinctions received was voted among the "Diezbailarines of the century" by Dance Magazine, Leader of the Mileno by Timey CNN; won the Gino Tani, Konex de Platino, María Ruanova, Clarín awards. In 2012 she joined the Gallery of Popular Idols in the House of Government, and in the City of Buenos Aires was declared Outstanding Personality and received the Bicentennial Medal. Currently, he is the youngest Member of the Artists Committee for the election of The Kennedy Center Honorees.

His passion for dance continues through his Master Classes of Classical Technique and Repertoire both abroad and in our country.