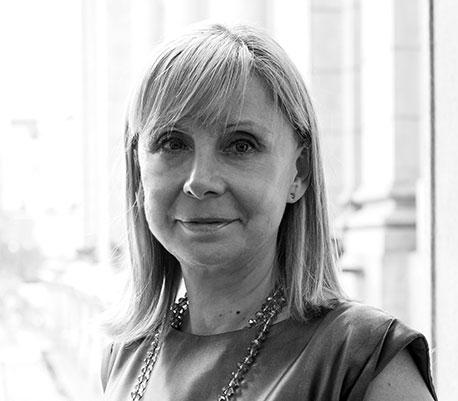 She was co-creator of the European and American network for Cultural Centres (CCAE) and the Iberoamerican Culture Interlocal Network. She has coordinated the Cultural Cooperation and training Program for the Ministry of Culture of the Buenos Aires City Government, and represented the City of Buenos Aires in regional and international cultural networks such as Mercociudades, Unión de Ciudades Capitales de Iberoamérica and United Cities and Local Governments (UCGL)

Member of the group of international committee which elaborated the Strategic Plan of Culture for the City of Medellín (Colombia) 2010-2020. She was invited by the Organization of Ibero-American States to promote the creation of the Network of Heritage Cities of Ecuador. She was also a member of the Board of the Monument to the victims of state terrorism and Memorial Park in Buenos Aires.

In 2019 she was granted with the “Order of Friendship” by Vladimir Putin, the most important recognition that Russia gives to a foreign for promoting russian culture and traditions.

Currently she is president of Latinamerican Opera (OLA) a non profit organization which gathers Iberoamerican theatres with the aim of promoting and spreading lyrical art in the region.